First flight of the Stork UAV with the help of the Mertzwiller Modeling Club.

The Stork UAV was able to make its first flight on Friday 14/06/2019 in Mertzwiller. The team’s objective was to be ready for a demonstration flight during the workshop on July 4, 2019.

The day was divided into two parts.

In the morning, we tested a bungee takeoff. However, this one was not adapted and did not allow us to reach the speed necessary for takeoff. We took the opportunity to do some driving tests and a timelaps to assemble the drone. Disappointed not to have succeeded in taking off, we contacted the Mertzwiller model making club, which offered to tow us to make our first flight.

We arrived in the early afternoon on this new model course with a hard track. After some difficulties caused by the weather, we took advantage of a break to propel our drone into the air. The tow aircraft called Bidule is capable of towing gliders weighing up to 25 kg. Once mounted at an altitude of 150m, the tow aircraft let go of the binding rope and let our drone make its first turns and accelerations. Despite the rain that came back during the test. We were able to fly for about ten minutes and make a soft landing.

The whole team was very happy with this first attempt and very encouraging for the future.

We would like to warmly thank the members of Mertzwiller’s club (Paul Grussenmeyer, Jean-Claude Peter, Yves Chimbault and Jean Charles Reymann) and our pilot Mr Renaud Kiefer.

Here are some pictures and videos of this first flight: 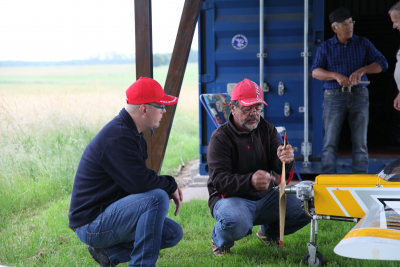 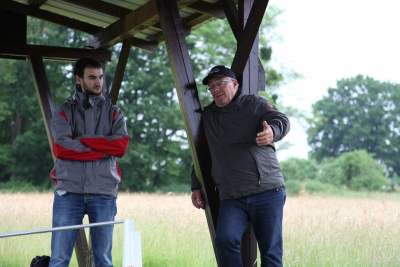 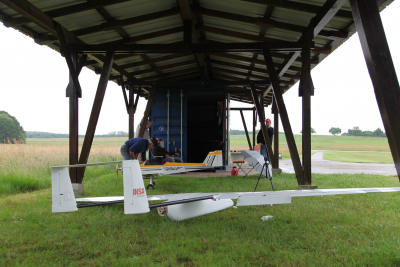 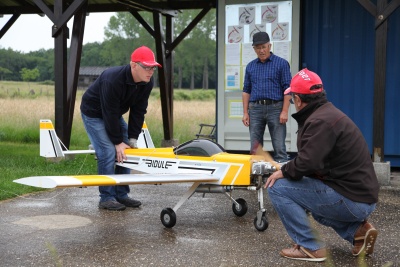 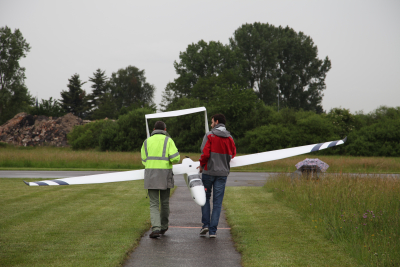 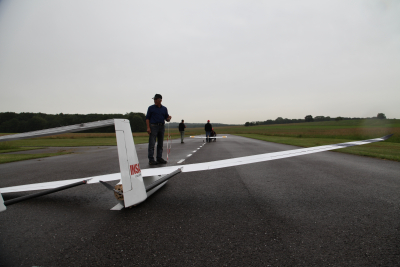 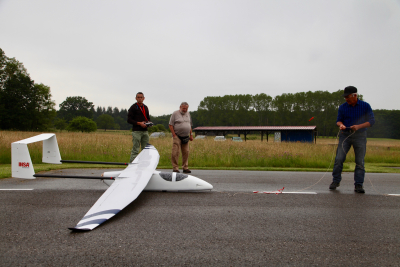 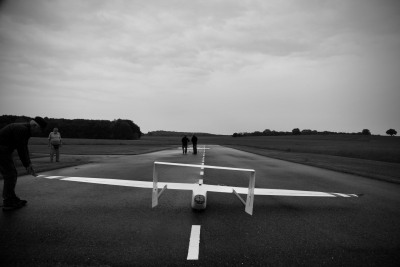 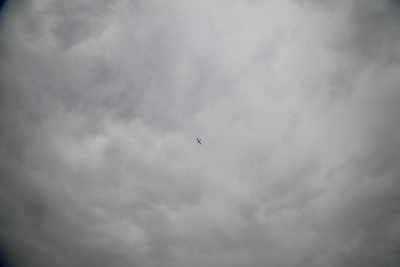 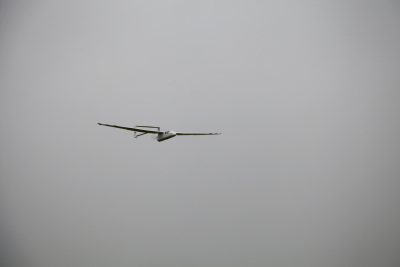